Your ship has two sources of resources at its disposal: Energy & Processor Power. These resources can be used both in tandem or apart from each other, depending on what action is being used.

From the bridge of your ship there are several actions you can take. However, scanning is first action you’ll ever take. You can perform a long-range scan, or you can scan for debris.

Scanning for debris is simply a short-range scan searching for debris near your ship. A debris scan cost 5 processor power and upon finding debris, you can transfer it to your cargo bay, providing you have enough space for the salvaged cargo.

A long range scan shows you a selection of ships within range. The number of scan results can be increased with scan mods. After performing a scan you’ll see NPC ships as well as any player ships in the area: 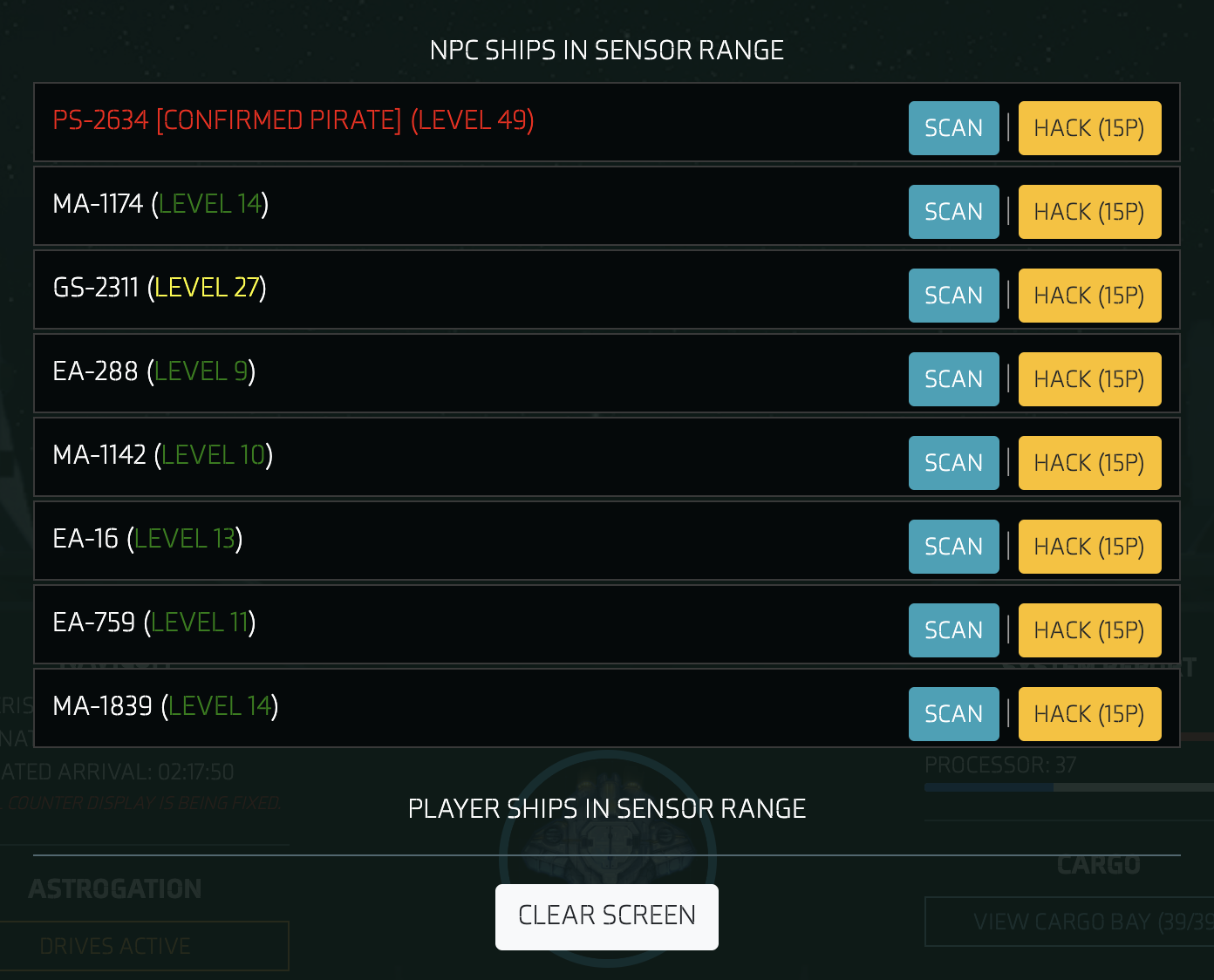 You can either scan the specific ship, or attempt to hack it for information (If hacking quest on Gem has been accepted). Hacking costs 15 processor (reduceable with mods) while a deeper scan does not cost any additional processor power.

If you scan an individual ship, you’ll be brought to your ship’s Sensor Terminal screen where you’ll be able to gather more information about your target including, the ship’s heading, current defensive capabilities, the ship’s level, and how much cargo is on board.

You attempt to intercept the ship and engage in combat. If combat is initiated, you’ll have 20 turns to disable the ship before it escapes. Disabled ships reward you with XP, money, surviving cargo, and a chance for a random mod to drop.

This action will boost the target’s engines, decreasing the target’s arrival time. This action has no affect on your own ship, however, the XP and rep gains are greater for boosting than draining.

There are six different types of mods that can be acquired.

Each mod has an item level that determines the overall value of the mod. Item Levels: 100-500

Mod usage is restricted by the following criteria:

Join Now!
Become a respected trade mogul, a feared pirate, or anything in between. Create your account now and see if you have what it takes to thrive on Gemini Station.